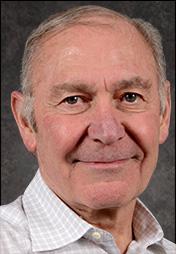 He is an Associate Clinical Professor of Otolaryngology-Head and Neck Surgery at Columbia University College of Physicians and Surgeons in NY, NY and The University of Medicine and Dentistry in Newark, NJ. He was recently elected Coordinator of Government Relations for the American Academy of Otolaryngology.

Dr. Eisenberg practices at Englewood Hospital and Medical Center where he is chief of Otolaryngology, and Hackensack Medical Center. His areas of expertise include Pediatric Otolaryngology, Thyroid Surgery, Otology, Sinus Disease, as well as Snoring and Sleep Apnea. He works closely with our expert Audiology staff to provide the most appropriate hearing rehabilitation for hearing loss.

Dr. Eisenberg has received the Special Service Award from the Board of Governors of the AAO-HNS and a Presidential Citation from the Academy for his nationally recognized work in practice management. In 2011 and 2012 he was presented with the American Academy of Otolaryngology-Head and Neck Surgery Foundation Distinguished Service Award. This prestigious award is given to members in recognition of their contributions to the Academy and its Foundation beyond the level of an Honor Award.

In 1999, 2000, 2003, 2006 and 2008, New York Magazine listed Dr. Eisenberg as one of the Best Doctors in New York. He completed his Masters in Health Service Management from the Mailman School of Public Health from Columbia University in October of 2005. Dr. Eisenberg was also the 2008 recipient of the Institute for Nursing APPLE Award.

Click here to read an article on Dr. Lee Eiseneberg and his committment to Healing the Children New Jersey (HTCNJ). This article was featured in Medical Travel Today.

ENT and Allergy Associates, LLP® Physicians and Administrators To Speak at The American Academy of Otolaryngology - Head and Neck Surgery 2011 Annual Meeting